Is a credit sweep the same thing as claiming identity theft?

Is a credit sweep the same thing as claiming identity theft?

No, it's not. Most consumers have the wrong idea about what a credit sweep is and believe the 2 are the same but I'm here to clear this up for you! 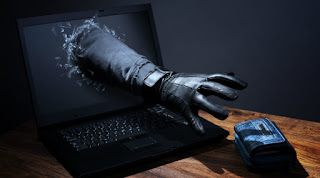 Identity theft: This is where you claim that all (or a few) items are resulting from identity theft and you attempt to get them blocked using section 605B of the FCRA within 4 business days. You must use an official police report and affidavit. Here's the DL on this: it doesn't work. Why? Because millions of consumers used this illegally even thought the debts actually belonged to them and now, even if you ARE a victim, it's almost impossible to get it done in 4 business days. A few months? Sure, if you have all the required documentation, dispute with the creditors as well and have supporting documentation. IF this method is used (either by the consumer or a credit repair company - with or without the consumer's knowledge), the items will be temporarily deleted (if at all) and then reinserted back to the credit report shortly after when the crediors verify the debts as accurate. Once they are reinserted due to verification on identity theft, it's 10x more difficult to get them removed under different reasons; sometimes impossible!
Credit sweep: This is where all resources, techniques and methods are used (not ID theft) to remove the negative items. This includes, but is not limited to: credit bureau, creditor, collection disputes and complaints with the Consumer Financial Protection Bureau, attorney general of your state, BBB and FTC. With Expert Credit Sweeps, this also includes manually faxing, instead of batch online faxing - this leads to a large % of the faxes not going through - manually typed disputes instead of software-generated templates to seem as genuine as possible, and real dispute reasons based off the acutal credit report and not just one-size fits all reasons (such as "balance is wrong", "last date of activity is incorrect"). We also dispute all negative items each round instead of max of 3-5 items per month as other companies do, even when multiple dispute letters are sent out for each file. An average of 6 dispute letters are sent out each month per client!
A credit sweep is the way to obtain permanent deletions in the least amount of time and is the quickest way to obtain financial freedom. Beware of companies advertising all items removed in >6 weeks - those are temporary deletions and will be reinserted once the debts are verified by the companies. Guess what? Because the items were removed, they satisfied their contract and you can't charge-back. You couldn't charge back anyways, because you're not paying for the results (unless on per-deletion programs); you're paying for ANY ONE item to be removed in that timeframe, which any company can obtain!
Bottom line:
#1 You obtain maximum deletions in the least amount of time with a credit sweep
#2 You receive permanent deletions instead of temporary
#3 You have the least risk for reinserted items because of the method of dispute (i.e. credit bureau AND creditor disputes)
#4 Save $1000s and sometimes even $100,000s using this method when the creditor or collection agency removes the debt - that means you don't have to pay for it! (there are circumstances in which a collection may be removed by the collection agency only to be sold to another collection agency who then reports the debt as well)
#5 Financial freedom is obtained in 1/2 the time using a credit sweep program instead of "credit repair 101" methods!
Want to learn more? Have questions?
Call 845-481-0780 or head to expertcreditsweeps.com today!

Popular posts from this blog

1000s of collections removed with this FREE VOD letter!

June 10, 2017
I'm giving you the 1st of a 4-letter collection removal campaign that's removed thousands of collections in the past 12 months for FREE! You'll find the link to the letter in the video. Believe me, if you're even 1/2 as successful as my other clients, you'll be very, very impressed. For those of you who need some help, I provide a free consultation to take over your file and do the dirty work for you. For those of you DIY-ers, I provide 3 new DIY packages on the new services page of the website. You may also request a 1-hour session to go over your file and get my advice and an action plan @ $85 p/h. Just schedule an appt on the website. Check it all out at https://www.expertcreditsweeps.com/
1 comment
Read more

January 06, 2019
Use this Dispute Progression chart (cheat sheet) to craft your dispute reasons when writing your dispute letter for credit repair purposes. Buy for only $15 at expertcreditsweeps.com/store or directly at https://gumroad.com/l/disputereasons Stop using TEMPLATES! Start thinking logically and create your disputes based on "factual" information. This means that you take the info on the credit report and base your disputes on it. This covers ALL negative item types and falls into 6 categories: Collections Charge-offs Late Payments Inquiries Identity Theft Bankruptcies Judgements/tax liens *all negative items fall into these categories, including foreclosures, student loans, repossessions, etc. i.e. charge-off with 3 different dates listed under "date of last activity" dispute reason: remove this account immediately due to the fact that you're reporting 3 different dates under "date of last activity" and this is inaccurate This PDF
Post a Comment
Read more

Your credit report is the financial biography of your life. What do you want yours to say? You're locked out of your life right now. Find out how we can be your locksmith.